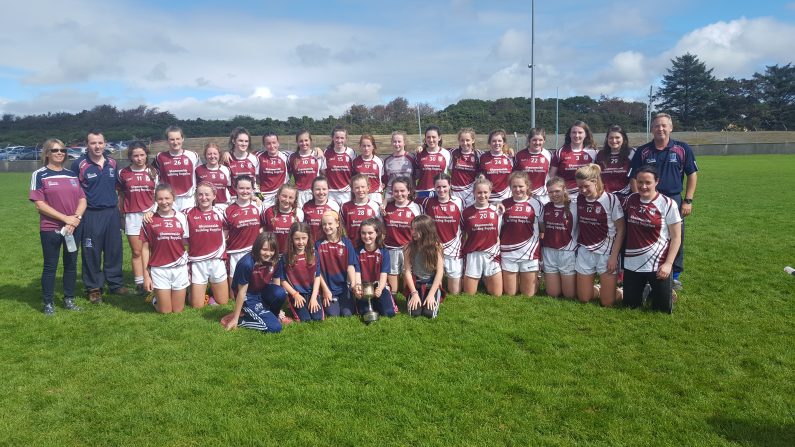 Doora Barefield 1-10 Kilrush 0-7
The Junior A Final took place in near perfect conditions in Cooraclare on Sunday afternoon.
Kilrush went into the final having win all 4 of their games, including beating Barefield in the first round of the championship by 3 points.
Both teams were up for the game from the start with Barefield registering the first two scores, Kilrush registered their first point with a free on the 10th minute.  Barefield were the stronger of the sides in the first half with scores coming from Aisling Reidy, Chloe Towey, Amanda Mulcaire and Erin Hennessy, Barefield led at the break 0-6 to 0-3.
Kilrush started the second half the strongest with a goal and 4 points before Barefield got on the scoreboard.  Amy Lenihan scored a goal to bring the parish back to within a point and this was followed up with 4 points without response from Kilrush, but that was not for the want of trying the Doora Barefield defense just proved too strong and did not let Kilrush back at them.  This was a hard fought battle but Barefield won out with football in the end. The final score was Barefield 1-10 Kilrush 1-7. Referee: Michael Fitzgerald

The Parish will now meet the Tipperary Junior A Champions on the weekend of 30th September in the Munster Championship.