Gurteen was the venue for the first round of the U14 Camogie Championship on Wednesday March 30th between St Joseph’s Doora Barefield and Kilkishen & it was the home side that came out on top. 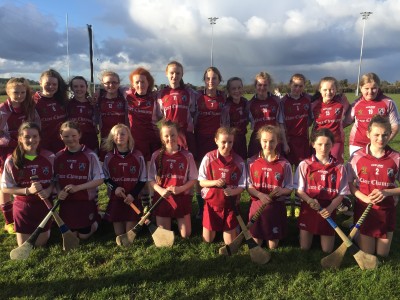 Kilkishen fought back well in the second half with scores from Caoimhe Kelly & Eimear are Whitney but it wasn’t enough as St Joseph’s went on to score a further two goals by Naoise Slattery and again Emma Towey to finish on top. Great performances throughout the field with Saidhbh O’Brien, Alannah Meaney and Úna Ní Choileáin stepping up for St Joseph’s while Hollie Nugent, Caoimhe Kelly and Cara Close put in a galant effort for Kilkishen.