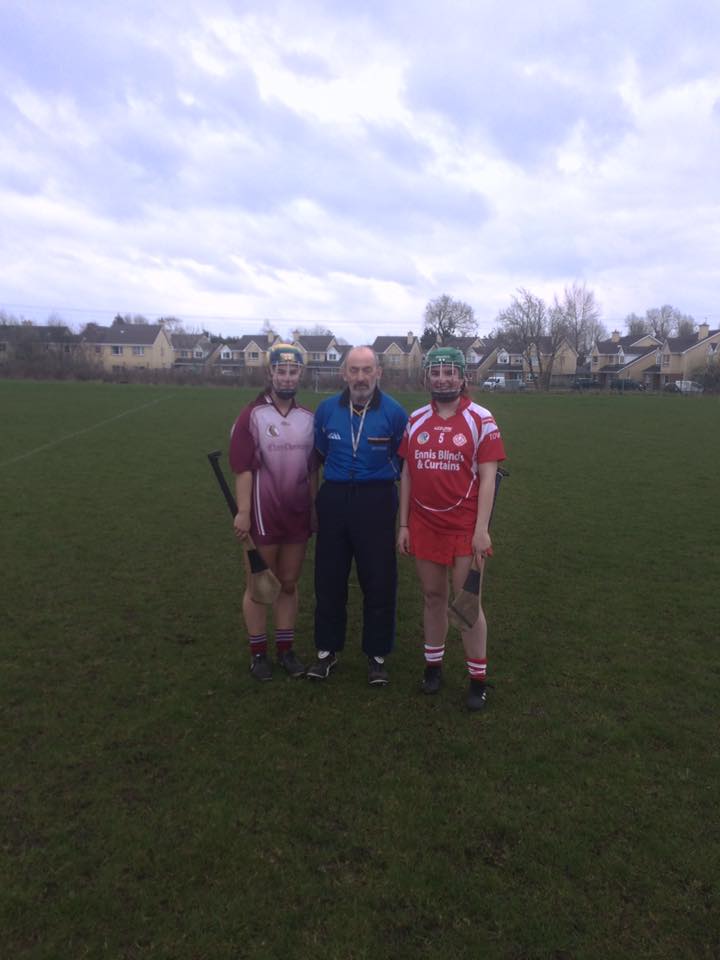 Having been disappointed the previous week to lose out on home turf to Kilkishen/Bodyke, the Joseph girls were determined to prove their fitness and agility they had been working on since early January and had marked up a score line of 3-4 by half time while The Townie girls could only manage 3 points!

The maroon & white girls pushed on even further when the second half resumed with a further 4 points to Éire Óg’s goal & point.

St. Joseph’s forwards were spectacular with scores coming from Erinn Hennessy, Aishling Hannon, Caoimhe Hoey, Aishling McMahon, Hannah Meaney & Louise Woods while center back Chloe Towey stepped up to pop over a 45 at the end.