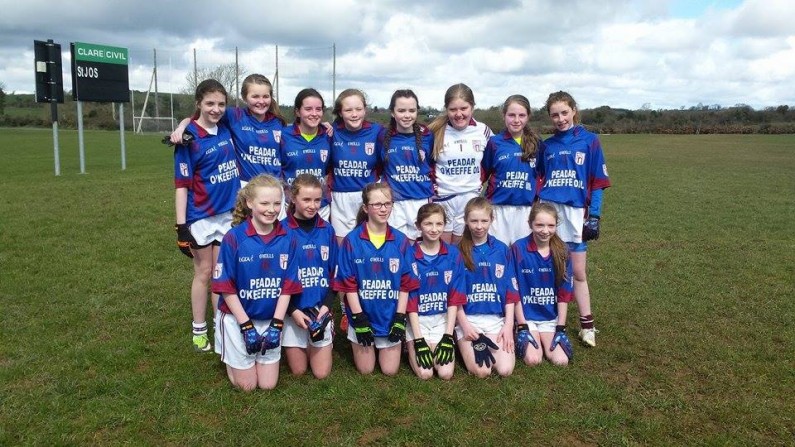 The Under 14s met Shannon Gaels on Saturday 9th April in Gurteen for their second match of the championship. This was a different team than the one that opened the championship, with strong passing and good pace dominating the game. Great play by all the team, with players Saoirse Daly, Laura Mescall & Sinead O Connor  emerging as a force to be reckoned with. Ellen Doyle and tenacious Jessie Roughan fought hard for the ball and the goals were in the safe hands of Aine Barry. A really enjoyable match to watch and well done to this group of girls who played with great heart