Under 14 A hurlers reach Féile Final 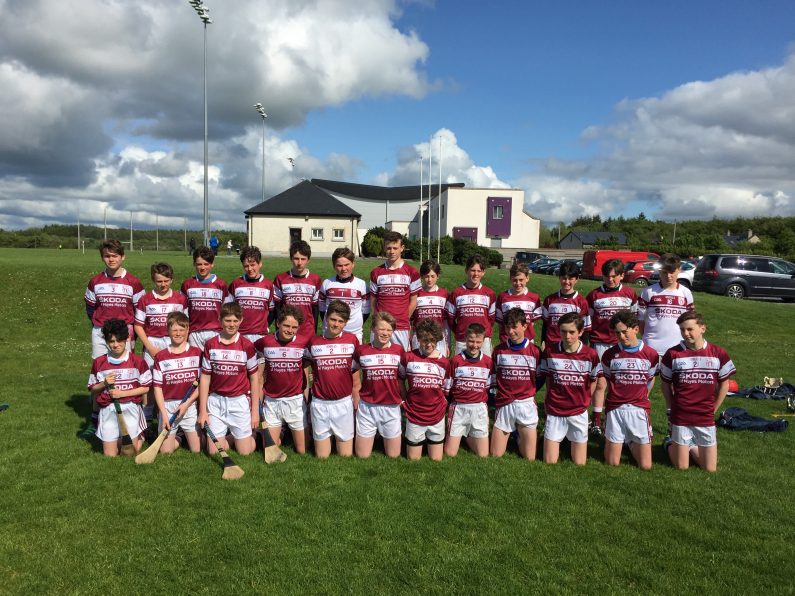 Under 14A team make it to Feile Final

A sunny and breezy late afternoon, with a nice crowd, turned out to meet the U14A squad as they played Corrofin in the Feile Semi-Final in Gurteen today. This fifteen minute a-side match started off with good pace and competitive play. Sam Cotter playing at wing-forward today opened the scoring for St Josephs with a point from play.

Corrofin started the game with a sweeper playing in front of their full-back line, the resulting extra man for St Josephs being Darragh O’Callaghan at full back who was free to mop up loose ball behind the half-back line. Opportunities were slim for Corrofin, with Diarmuid Cahill hitting their first wide from play in the fourth minute. Sam Cotter shot a wide from play not shortly after that. Ethan Coughlan scored a good point from a free a few minutes later after being fouled, mainly due to the continuous close attention of two Corrofin backs.

Cahill shot another wide from play for Corrofin with Eoin Burke and Donal O’Driscoll doing the same for St Josephs as the breeze proved tricky for both teams. Tony Butler though scored a fine long range point for the parish to settle the team and put a better look on the scoreboard. Diarmuid Cahill had a miss from a free near the end of the half for Corrofin to leave the score at half time St Josephs 0-3 Corrofin 0-0.

The second half started out in an interesting formation, with all Corrofin forwards standing in a straight line near midfield. The throw in was followed by a big contest for possession of the sliotar. Scores continued to be hard to come by, with a free missed by Ethan Coughlan and another effort from play going narrowly wide. Corrofin scored their first score of the game on the 8th minute of the second half, with a free converted by Killian O’Connor. St Joseph’s backs were battling well as Corrofin stepped up their game. Donal O’Driscoll scored a good point from play on the 10th minute for St Josephs. The last five minutes of the second half although closely fought, St Jospeh’s ran out winners, with a further point scored by Matthew Power and two points from Ethan Coughlan, one from a free. The game ended with a score line of St Josephs 0-7 Corrofin 0-1. 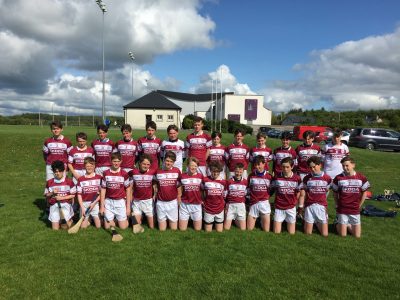