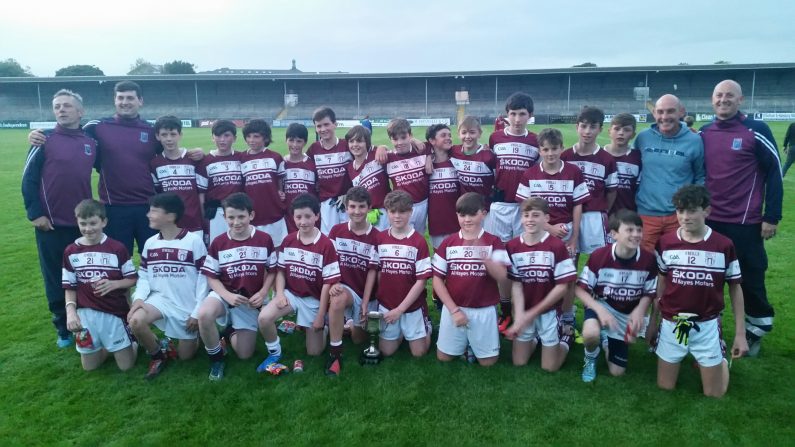 Football Tournament on Friday Sept 2 nd in Cusack Park. This competition started out with 12

teams and the Division 1 final was contested between St. Joseph’s and Ennistymon. This was

in the U 14 decider – and so it proved! The first half was played with incredible pace and

intensity with goals being exchanged between the teams in the first quarter. However towards

1-0. This game was end to end stuff, remaining alive right until the final whistle with St

Joseph’s coming out on top on a score line of 2-8 to 3-0. Afterwards amid joyous scenes and

is only fitting that it resulted in this victory. Many thanks also to the parents for the huge

support not just on Fri night, but again over the past number of years.

This was a thoroughly entertaining game between two fantastic teams, who will in no doubt