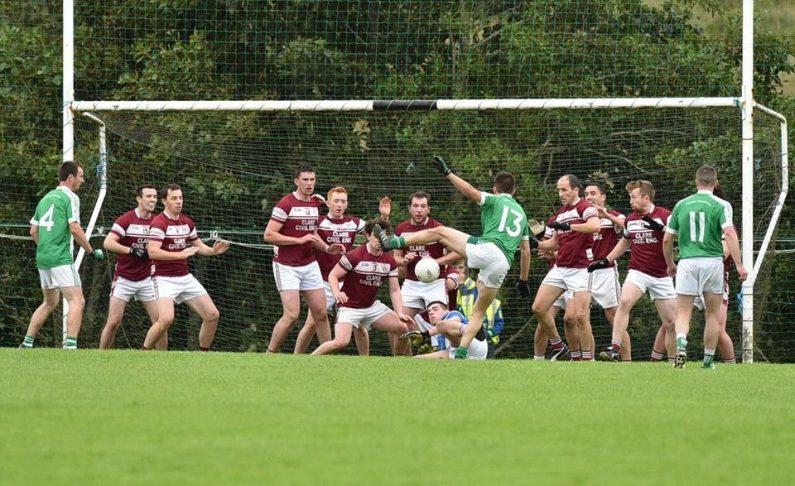 Roll of honour leaders in the Clare SFC, Kilrush Shamrocks were relegated to the Intermediate ranks on Sunday.

St Josephs Doora/Barefield sent the Shams out of the Senior grade when they recorded a 1-10 1-07 win in Kilmihil on Sunday evening.

Enda Lyons goaled on the edge of half-time to give the Parish a slender three point advantage at the break. Gearoid O’Brien had previously struck for goal for Kilrush inside the second quarter.

Kilrush clawed their way back into after the resumption with Davy Downes hit three points in succession to put the sides back on level terms with under ten minutes gone in the second half.

Crucially Doora/Barefield under the management of Colm Clancy kicked five of the final six points to secure the win. Gearoid O’Brien had a late close range free saved on the line as every single one of the Barefield fifteen lined the goal to prevent his shot going in. Their hopes were dented by the late dismissal of Matthew Moloney as tempers flared in an understandably tense encounter.

Fight as hard as they could Kilrush struggled to create decent scoring chances when the game was in the melting pot and the result is a sad one for the holders of a record twenty one championships.