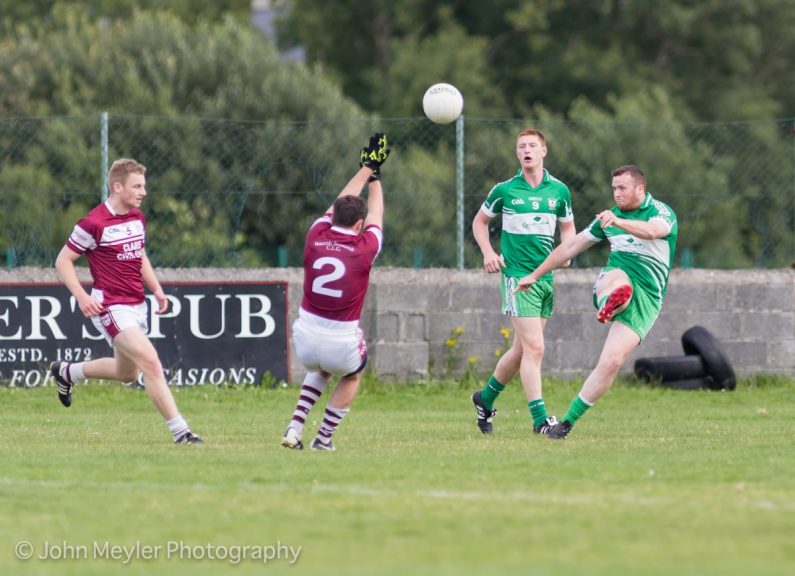 Wolfe Tones secured their place in Round Three of the Clare SFC with a three point extra-time win over St Josephs Doora/Barefield.

In extra time the Parish held a one point lead at the break but they failed to score in the second period allowing the Shannon side to snatch victory.

St Josephs had sixteen wides in the game, some of them were poor but in other cases it’s refreshing to see players try to score given the fact that we went the first eleven minutes of the game without a single score. However it is their misses from placed balls, four in total that proved costly. Only two of their forwards got on the scoresheet which won’t win knockout championship games. Conor O’Brien, Declan Malone and David O’Brien did well but the Parish are in danger of becoming a dual Intermediate club.