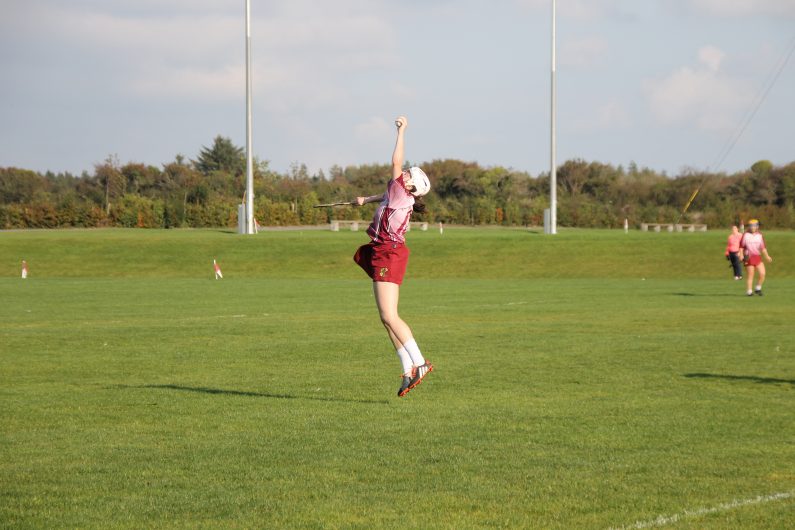 Final round in the 2016 Inter League sees St. Joseph’s take on Corofin in Gurteen.

An outstanding second half performance ensured victory for St. Josephs, when they took on Corofin in Gurteen last Friday evening in the final round of the Division two league.
St. Joseph’s Louise Woods was first to get her name on the scoresheet with a well taken point in the fourth minute. Corofin briefly took the lead as Aoibheann Malone pointed twice from frees but the parish working hard in defence notched up points from Erin Hennessy and Roisín Kennedy.

Mid-way through the half Rebecca Crowe struck for goal for Corofin to go ahead by two. However, a determined effort from the parish in the final quarter resulted in points from Hannah Meaney (0-2) Orlaith Lynch (0-2), and the hard working Roisín Kennedy (0-1). Corofin had the final say of the half with an Aoibheann Malone pointed free to leave the half time score 0-8 to 1-3.

St. Josephs made a great start to the  second half with two points from Louise Woods inside six minutes, before she struck for goal minutes later. Corofin added another point, this,however, was their last score of the game, as the parish side stepped up a gear, and were rewarded as Hannah Meaney, Erin Hennessy and Louise Woods continued to keep St. Joseph’s account ticking over and ran out deserved winners.