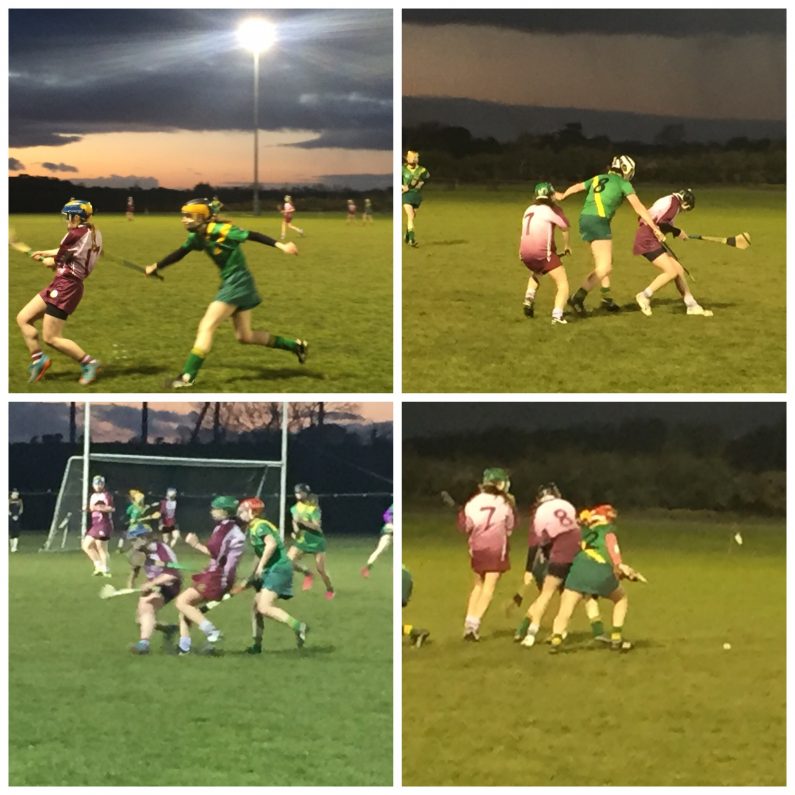 St. Josephs scored their third win when they accounted for Kilkishen in this Division 3 league tie in bitterly cold conditions in Gurteen on Friday evening last.  The winners led from the outset with Emily Williams opened the scoring with a point from play in the fifth minute before Ciara Whelan goaled for the homeside minutes later.
Midway through the half Whelan added a further two points, to leave the half time score line 1-3 to 0-0.
At the resumption, the parish side opened the scoring inside ten minutes with a point from Ciara Whelan. Noelle McNamara struck for goal for the visitors opening score of the game (12mins), but St. Josephs replied with a goal of their own from hard working sub Laura Hayes to the bottom corner of the net.
Marie Collins and Ciara Whelan exchanged points. Kilkishen battled to the end but by the third quarter stage the parish were 2-5 to 1-1 in front and held on to secure a win.
Orla Moloney, Michelle Nihill and Michelle McMahon were to the fore for the winners, while Noelle McNamara, Marie Collins and Claire McGrath did best for Kilkishen.St. Josephs: Karen McMahon, Michelle Nihill, Orla O’Neill (Capt), Orla Moloney, Ellen Meaney, Michelle McMahon, Aoife Shannon, Michelle O’Neill, Hannah Meaney, Keira McGrath, Emily Williams (0-1), Ciara Duggan, Ciara Whelan (1-4).
Subs: Laura Hayes (1-0) for Keira McGrath (inj). Orla Mulchrone for Emily Williams.