It had to take a dramatic last minute goal for Truagh Clonlara to snatch victory and garner their second successive Senior B crown on Saturday afternoon.
15 wides over the hour certainly hampered their cause, particularly when those missed opportunities appeared to come back to haunt them in the final quarter as St Joseph’s overturned a five point deficit into a minimum lead thanks to a purple patch of 1-3 in nine minutes. However, it was a slice of fortune that would finally get Truagh over the line as Aine O’Loughlin’s effort for a point from the left dipped into the far corner of the net for what proved the match-winning goal.
There was a vast contrast to the halves in terms of scoring efficiency though as the opening period of this curtain-raiser only produced three scores, the first after 20 minutes as a combination of Truagh Clonlara wides and the stop-start nature of the game enforced by injuries made for a substandard start. Despite being with superb minors Laura Foley and Roisin Begley, Truagh Clonlara’s wind advantage saw them take the whip hand for the majority, albeit without ever showing that on the scoreboard as they totted up nine first half wides.
In fact, the best chance at an opening came for St Joseph’s as the lively Catriona Hennessy saw a shot rebound off the post before Eimear Kelly finally chalked up the first point at the other end. The versatile Aisling McMahon had a free saved but it would be Truagh Clonlara that doubled their advantage four minutes later when Michelle Powell fired over the crossbar. Erinn Hennessy did open St Joseph’s account before the break while Eimear Kelly would have a shot saved by goalkeeper AnneMarie McGann as the sides retired after a prolonged injury-time at 0-2 to 0-1 in favour of the defending champions.
While St Joseph’s had the wind to come, they would fall five behind before eventually coming to life at the turn of the final quarter. Midfielders Michelle Caulfield and Ellen Horgan were excellent in carrying possession and it allowed Truagh Clonlara to raid for 1-1 in the first five minutes of the new half. Aine O’Loughlin secured an early point before Horgan won the puck-out and moved the ball through Kelly to Michelle Powell on the right wing to unleash a shot that somehow squeezed in at the near post at 1-3 to 0-1. Catriona Hennessy and O’Loughlin swapped points but amidst further wides for their opponents, St Joseph’s soon realised that the game was there for the taking and appeared to gather momentum at the perfect time.
A brace of McMahon placed balls increased their belief before the same player delivered for their crucial equalising goal in the 52nd minute as the ball broke kindly around the square for substitute Laura Hayes to gather and strike past goalkeeper Trish Mullins at 1-4 to 1-4.
Suddenly, St Joseph’s were in the ascendancy for the first time as Louise Woods attacked the puck-out to fire back over the crossbar for the leading score. However, despite another two wides, Truagh Clonlara’s experience would eventually pay off as Caulfield and Horgan maintained their dominant form while O’Loughlin grabbed a salvaging goal in the 60 minute, a sucker-punch that St Joseph’s simply couldn’t recover from. 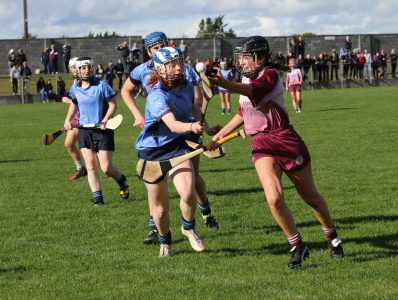 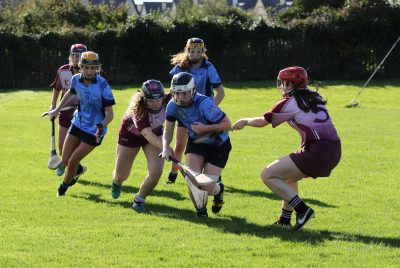 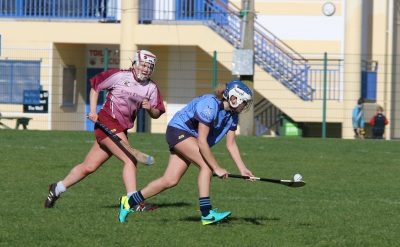