Intermediates first game of the season 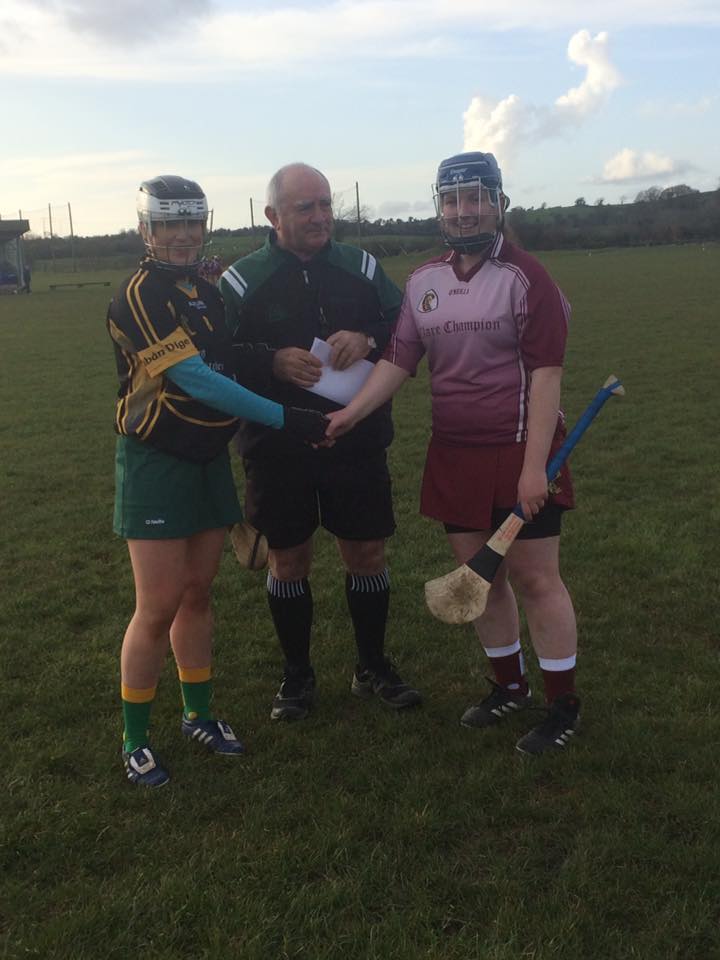 A home venue for St. Joseph’s didn’t entitle them to a win on Saturday evening April 7th as rare sun shone over themselves and visitors Kilkishen/Bodyke in Gurteen which was a rarity this past week or so in first intermediate game of 2018!  It was Kilkishen/Bodyke first to score with 3 consecutive points before St. Joseph’s replied with a hand pass sliotar to the net from Caoimhe Hoey leveling matters.

The East Clare amalgamation were to score a further 1-5 while the maroon & white girls popped another goal from Hoey along with a well set free from Erinn Hennessy to bring the first half to a close at Kilkishen/Bodyke 1-8 to St. Joseph’s 2-1. It was the home side first to adjust the scoreboard when the second half resumed with a point from Amy Lenihan, but the visitors were able to respond with two consecutive points before Hennessy narrowed things with another point for the Joseph girls. Kilkishen/Bodyke pushed on however and found the net backed up with 2 points. The Doora Barefield girls managed another point from Hennessy to leave the final score line Kilkishen/Bodyke 2-12 St. Joseph’s 2-5. St. Joseph’s Panel: Karen O’Brien, Meadhbh O’Connor, Megan O’Brien (Captain), Kate Dillon, Eimear Casey, Fiona Tuohy, Vanessa Meaney, Louise Woods, Laura Hayes, Hannah Meaney, Orlaith Lynch, Erinn Hennessy, Caoimhe Hoey, Amy Lenihan, Aisling Hannon, Aisling Reidy, Chloe Towey, Ciara Guilfoyle, Síofra Ní Chonaill, Ciara Whelan, Orla Hoey