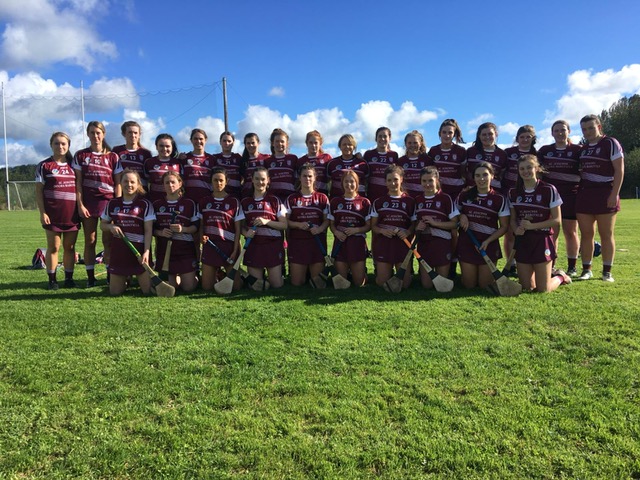 Two early goals for St. Joseph’s would have lead anyone to believe that these dual players were on their way to senior status matching their football success of just a fortnight previous, but finding themselves two points behind at half time meant Kilkishen Bodyke weren’t settling for intermediate level any longer!

Kate Lynch registered the first point of the day for the East Clare amalgamation, but Ciara Duggan for Joseph’s replied snappy from an Edel McNamara puck out.

Kilkishen’s Caoimhe Kelly converted a free but within minutes Joseph’s found themselves raising the green flag not once but twice, firstly midfielder Síofra Ní Chonaill got a classic flick to a low free from Duggan to find the back of the net and exactly one minute later Ní Chonaill found herself unmarked again to power past McNamara for the second time within 60 seconds!

It looked like Joseph’s would excel from this brilliant start but young Cara Close from Kilkishen found the sliotar in her hand only yards from Karen McMahon Joseph’s goalkeeper and simply replied diligently to answer the two previous blows.

Caoimhe Kelly and Eilís Whitney dominated the remainder of the first half with Kelly converting three frees as well as a ‘65, while Whitney popped two points over in succession. Duggan for the maroon and white girls sliced a free over the bar and scored another from a difficult angle to leave half time score Kilkishen Bodyke 1-8, Joseph’s 2-3

Poor scoring in the second half saw Kilkishen’s Kelly again raising the white flag twice from well converted frees and the same from Joseph’s, their first free converted by Aisling Hannon and second by Aisling McMahon with a third point coming from centre forward Sarah Hoey from play.

It looked like Kilkishen Bodyke were on top by the narrowest of margins as the clock closed in on this intermediate county final but Shauna Doyle from Bodyke ploughed through a strong Joseph’s defense to rattle the back of their net ensuring the East Clare amalgamation would contest the senior championship in 2019. 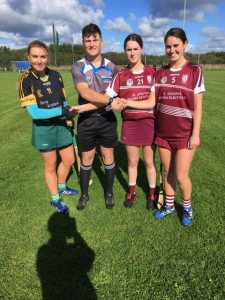